Why an MBA, and why now? 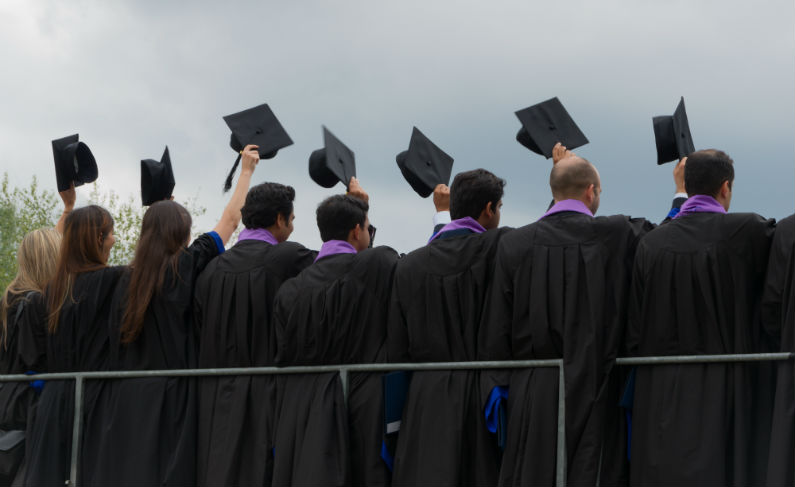 If you’re considering a master’s degree in business, you likely are in one of two groups of people: Those who will graduate soon with a bachelor’s degree and want to pursue a master’s right away, or those who already have some experience in the business world and have seen the benefits that an MBA would provide.

In either case, this guide will show you the value of an MBA, both upon graduation and long-term.  It will discuss the importance of earning a graduate degree from a quality school like Manhattan College in New York. And it will introduce you to successful people in many fields who have MBAs and have risen to top positions in their companies.

How much is an MBA degree worth?

Pursuing an MBA is a significant investment, in both time and money. How does that investment pay off? What are the benefits of the degree?

In earnings alone, the payoff can be significant. Each year, the Bureau of Labor Statistics calculates the increases in salary that accompany a master’s degree. In the 2015 report, the bureau noted that a worker with a high school diploma earns an average of $678 per week; one with some college earns $738; with an associate’s degree, $978, and with a bachelor’s degree, $1,137. However, with a master’s degree, that worker’s pay rate rises to an average of $1,341 a week, almost 20 percent higher than that of the worker with a bachelor’s degree.

“Among all occupations in 2013, business, financial and sales occupations had some of the highest wage premiums for workers with a master’s degree,” the report said.[i]

Perhaps in a reflection of this, the MBA became the most popular advanced degree in 2010-2011 in the United States, according to Department of Education statistics. MBAs accounted for more than 25 percent of all master’s degrees in that year, which was higher than the number awarded to education majors for the first time.[ii] The next year, MBAs moved even further ahead.

What will my earnings be with an MBA?

“Higher levels of educational attainment are associated with higher earnings for a variety of reasons,” says a 2014 report by the Urban Institute. “Earnings differentials have grown most in recent years for those with advanced degrees.”[iv]

“A business degree remains one of the most predictable paths to success and financial stability and can provide the proverbial leg up from relative poverty to great accomplishment and wealth,” said Srilata Zaheer, a dean at the University of Minnesota, in Fortune magazine.[v]

When the MBA class of 2014 graduated, students expected an average increase in salary of 80 percent over their pre-MBA earnings, according to the 2014 Global Management Education Graduate Survey. Indeed, the average salary increase was 79 percent for full-time MBAs and 58 percent for part-time or flexible MBAs.[vi] New hires expected to earn $95,000 in the United States and $83,000 in Western Europe.[vii] And when alumni from MBA classes from 1959-2013 were surveyed, 88 percent said that their salaries increased post-graduation. Their salaries in the United States today average $110,000, and 33 percent said their total net worth was more than $1 million.[viii]

“The expected median starting salary for recent MBA graduates in the United States will be $100,000 this year,” said Fortune magazine. “That’s an increase of $5,000 from last year’s salaries and a $45,000 advantage over … candidates with bachelor’s degrees.”[ix]

Both salaries and business-school enrollment dropped during the recession, but both are bouncing back, according to the Graduate Management Admission Council (GMAC).[x] “Worldwide, more than half (54 percent ) of companies say they’re sweetening starting pay for MBAs. U.S.-based employers plan to offer median salaries of $105,000, up a bit from $100,000 last year,” wrote Fortune magazine in mid-2016 in an article titled, “The Job Market for MBAs is the Best Since 2010.”[xi]

Even during the recession, MBA graduates continued to find jobs while those with less education could not. A report by Georgetown University’s Center on Education and the Workforce found that workers with master’s degrees gained 253,000 jobs from December of 2007 to January of 2010, a time period in which employment statistics fell for every other group.[xii]

“Employer demand for recent MBA and non-MBA business master’s graduates is high, according to more than 800 corporate recruiters who participated in the 2016 Corporate Recruiters Survey,” says the GMAC report.[xiv] “Nine out of 10 U.S. employers (91 percent) report plans to hire recent MBA graduates this year, compared with 84 percent who hired these candidates last year,” the report said. In addition, 88 percent of those companies say they plan to recruit MBA graduates on campus, which is five percent higher than in 2015.

The increases aren’t limited to full-time students, often called day-MBAs. “The executive MBA has grown in the last several decades as companies and workers require more advanced business knowledge to move up, and potential entrepreneurs seek more education toward their goals,” writes the New York Times. “Executive MBA programs are targeted toward workers who want to get an MBA while working. ‘The average E-MBA student is 37 years old with 14 years of work experience and still working’, said Michael Desiderio, executive director of the Executive M.B.A. Council.”[xix]

This might be expected from technology or financial companies, such as Apple, Intel, Bank of America and Wells Fargo. But there are some perhaps-unexpected names doing so, too: Starbucks, Disney, Chevron, Gap, Home Depot and UPS among them.[xxii]

Is an MBA my path to a corner office?

Not everyone who pursues an MBA desires a career in upper management, but if you do, there’s no doubt that the degree helps. Nearly 40 percent of the Fortune 100 CEOs[xxiii] and almost a third of the CEOs at companies in the Financial Times 500 have MBA degrees.[xxiv]

Ed Batista, who earned his MBA from Stanford and is an instructor and coach there, often gets asked about the benefits of an MBA. His first answers are not about compensation, though. Rather, he says that an MBA gives you leadership and management skills, adds a credential to your resume that workplaces respect, and places you into a network of alumni that helps you long after you graduate.[xxv]

“Business schools have realized that it’s not sufficient to provide quantitative and analytical training,” Batista writes in the Harvard Business Review, “because within a few years of leaving school (or even immediately upon graduation) their alumni will add value more through their ability to lead and manage others than through their talents as individual contributors.”

This evolution is reflected in the corporate recruiters surveyed by GMAC: 70 percent believe that MBAs translate into skills that give employees versatility in taking on more roles, 67 percent agree that the degree provides “a fast track to upper-level positions,” and 66 percent say that leaders in their own companies tend to have an MBA.[xxvi]

A look at some real-life examples

The key to C-suite (corner-suite) jobs is combining your passion for a company, an MBA skill set and a vision for the future. Here are a few examples of people who have done just that:

Other job opportunities for MBAs:

The positions profiled above are those of top executives, people who run entire divisions or companies. But there are plenty of other individual careers in which an MBA enhances your skills and effectiveness while increasing your pay scale.

What steps do I need to take?

“Finding a mentor is one of the best investments you can make in yourself and your career,” says the World Economic Forum. “Whether you are an entrepreneur or a goal-oriented professional, you need advice from someone who has already been where you are headed.”[lx] A mentor teaches you, looks out for you, inspires you and helps you over the rough spots – and can be a reference and a guide after you earn that MBA.

“When I think about my own career, I owe every job I’ve ever had to networking,” says Thomas Farley, the president of the New York Stock Exchange. Farley suggests four key principles to building a network and maintaining those relationships:[lxi]

The MBA: Investing in your career and increasing your net worth

In the last few years, the MBA degree has become the most popular in the United States, for a variety of reasons. Workers with master’s degrees in business are seen as trained leaders that enhance a company’s performance. And earning an MBA has been shown to increase a worker’s value, with higher salaries and greater benefits beginning with graduation and increasing over the lifetime of a career.

Manhattan College is a fully accredited university that offers online MBA programs. The program is flexible; lectures and course materials are available 24/7. The school has earned distinctions on such lists as Money magazine’s Best Colleges (41st out of 736 in 2015) and U.S. World & News Report’s Best Regional Universities (17th overall). It was ranked in the top 10 universities that increase mid-career earnings by Brookings in the 2015 report Beyond College Rankings,[lxiii] and was ranked 15th out of 900 colleges in the 2014 College Return on Investment Report.[lxiv]

To receive more information on Manhattan College’s online MBA program, you can explore its website, fill out an information request or download a brochure.

[v] Fortune magazine, Why the MBA has become the Most Popular Master’s Degree in the U.S., 2014

[xii] Poets and Quants, Why the MBA is More Valuable Than Ever, 2016

[xxiii] Forbes, How to Become A CEO: These are the Steps You Should Take, 2015

[lvii] Robert Walters, So You Want to Be a Business-Development Manager?

[lx] World Economic Forum, 3 Reasons Why You Need a Mentor

[lxi] Fortune, NYSE President: I Owe Every Job I’ve Ever Had to Networking